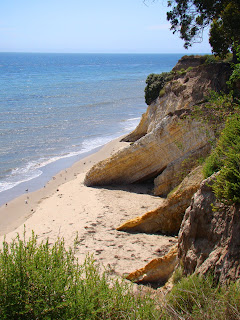 It's something to think about...two retirees with about 80 years of geology experience between them. That's the story at Santa Barbara City College this year. I noted a few weeks ago that a geology technician position was available at SBCC (application deadline is December 30). Now they have announced an opening for a full-time tenure-track position for a geology instructor. The department at SBCC has a strong tradition of field instruction, excellence in teaching, and community involvement. I deeply appreciated the four years I spent with the department in the 1980's. Deadline for the teaching position is February 3. Details of the position can be found at this link, and are listed below the fold...

From the GSA Education Division:

GSA is pleased to announce that Subaru of America, Inc., in partnership with GSA, has funded a scholarship program to encourage minority undergraduate GSA student members to continue their studies in the geosciences. The Subaru Minority Student Scholarship Program provides US $1,500 to one student at an accredited university or college in each of the seven GSA Sections as nominated by the GSA Campus Representatives. The funds are to be used to purchase text books, pay college fees, or attend GSA field trips or conferences.

In addition to the cash award, a complimentary student membership for 2013 will be granted. Meeting registration for this year’s GSA Annual Meeting in Charlotte, North Carolina will also be provided where a student awards reception will be held.

Student Requirements for Nomination:
• Be a U.S. citizen and a member of a minority group (a ‘minority’ is described by the U.S. Census Bureau as being of Hispanic or Latino, African-American or Black, Asian, American-Indian, Alaskan Native, or Hawaiian Native/Pacific Islander ethnicity/race);

• Be enrolled in additional geoscience courses in the upcoming academic year; and

• Be a current undergraduate student member of GSA. Students who cannot afford the cost of membership may apply for a dues waiver through the membership assistance program.

• Verify with the student that he/she is a member of a minority group as defined by the U.S. Census Bureau;

• Verify that the student has completed two introductory geoscience courses and is enrolled in geosciences classes for the upcoming academic year;

• Complete and return the nomination form (from GSA Campus Representatives) via email to awards@geosociety.org no later than 9 April 2012;

• Nominations will be forwarded to the GSA Diversity in the Geosciences Committee for review; and

We hope you take advantage of this opportunity for your minority undergraduate students to be sponsored by Subaru of America, Inc.

GeoCorps America is a program of the Geological Society of America , in partnership with the U.S. Forest Service, the Bureau of Land Management, and the National Park Service. The program offers paid short-term geoscience positions in some of the most beautiful natural areas in the world. GeoCorps project areas include geology, hydrology, paleontology, mapping and GIS, minerals, soils, glaciology, geo-hazards, karst, education, interpretation, and more.

Spring/summer 2012 positions have been posted, and candidates may begin applying now! Additional positions will be posted over the next week. The 2012 positions include more Guest Scientist positions and GeoCorps Diversity Internships than in 2011, and will soon feature positions with the State of California Abandoned Mine Lands (AML) Program.

For more information, click here: http://rock.geosociety.org/g_corps/index.htm
Posted by Garry Hayes at 1:06 AM No comments:

There have not been many openings posted for geology/earth science positions in the California Community College system in the last few months, but an interesting one just crossed my desk, for an Earth Science Laboratory and Field Technician post at Santa Barbara City College. SBCC is a nice place to work (I was there from 1984-88), and their earth science program is excellent. If you are a jack-of-all-trades in the geological sciences, and enjoy organizing and conducting field and lab studies, this position is worth your attention. Application deadline is December 30, so act fast. Official information can be found here, while a more detailed description can be found beneath the jump...