From the Geological Society of America:

We are pleased to announce that Subaru of America, Inc., in partnership with GSA, has funded a scholarship program to encourage minority undergraduate students to continue their studies in the geosciences.

The Subaru Minority Student Scholarship Program provides $1,000 to one student at an accredited university or college in each of the six North-American GSA regional Sections as nominated by the GSA Campus Representatives. The funds are to be used to purchase text books, pay college fees, or attend GSA field trips or conferences.

In addition to the cash award, a complimentary registration for this year’s GSA Annual Meeting in Denver, Colorado will be provided. The awardees will be acknowledged at a student awards reception on Monday, 1 November.

Be a U.S. citizen and a member of a minority group (a ‘minority’ is described by the U.S. Census Bureau as being of Hispanic or Latino, African-American or Black, Asian, American-Indian, Alaskan Native, or Hawaiian Native/Pacific Islander ethnicity/race);

Be enrolled in additional geoscience courses in the upcoming academic year; and

Be a GSA student member in good standing.

Verify with the student that he/she is a member of a minority group as defined by the U.S. Census Bureau.

Verify that the student has completed two introductory geoscience courses and is enrolled in geosciences classes for the upcoming academic year.

Complete and return the nomination form via email to awards@geosociety.org no later than 17 May 2010.

Nominations will be forwarded to the GSA Diversity in the Geosciences Committee for review by 1 June 2010.

We hope you take advantage of this opportunity for your minority students, sponsored by Subaru of America, Inc. 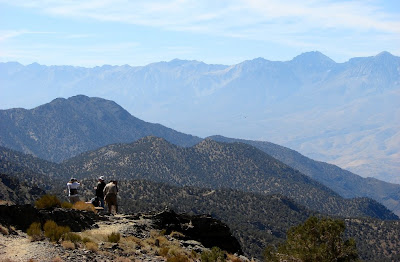 NAGT-Far Western Section
In association with California Earth Science Teachers Association and NESTA
Spring Field Conference 2010
When: Friday, April 30- Sunday, May 2
Where: Bishop, CA
Join us for a rustic reprise of our 1998 in this beautiful and geologically inspiring locale, the Owens Valley and eastern Sierra Nevada.
Friday night, April 30th: Join us at Pleasant Valley Campground for an informal get-together! We will have a pot-luck dinner followed by the Business meeting.
Location: Via U.S. 395, 6 miles NW of Bishop. Turn north on Pleasant Valley Road. Less than 1 mile to campground. http://www.inyocountycamping.com/pleasant_valley_campground.html
PLEASE NOTE that the campground does NOT have grills or potable water available!! Pit Campground site is $2/vehicle per night; floodplain camping is $10/vehicle per night.
(For those of you who prefer soft beds and hot showers, there are plenty of lodging options in Bishop)
Saturday, May 1- Continental Breakfast and Make-Your-Own-Lunch will be provided. Full day field trips to be announced. We will carpool to decrease the size of the caravan.

Saturday night: choice of another pot-luck at the campsite or dinner in town. Speaker or stargazing after dinner!
Sunday, May 2: Continental Breakfast will be provided. Guided stops heading South.

Cost: $50 to include field guide, 2 Continental Breakfasts and 1 Lunch.
To apply, send the following with a check written to NAGT-FWS and mail to
Mark Boryta
2642 Saint Albans Drive
Los Alamitos, CA. 90720
For more information email: mboryta at mtsac.edu or call (562) 221-7246
Posted by Garry Hayes at 9:13 PM No comments: