No Child Left Inside! Our National Parks (from Geotripper) 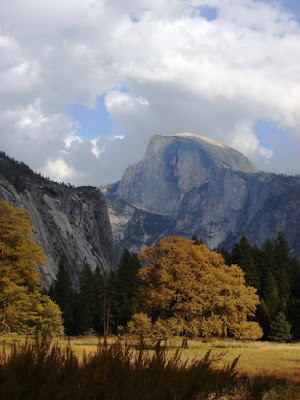 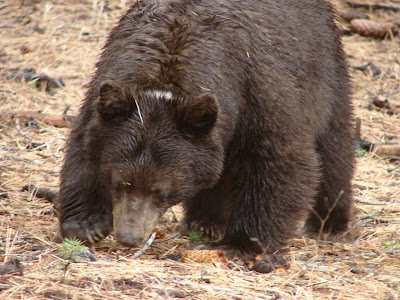 Long complex ramble today with four seemingly unrelated random thoughts. But they are...

America's national parks are indeed one of the greatest ideas ever conceived by a society. The choice of overrunning a landscape and stripping it of resources to the point of ruination is a story that has been repeated over and over in human history. The idea that we might actually preserve a portion of our land in some condition approaching the primeval, for the benefit of all of its citizens, was an extraordinary leap that advanced civilization. If nothing else, the parks give us a focus point to understand how much we truly have changed our lands, and how far removed from our heritage we truly are. I am eagerly awaiting the Ken Burns documentary; the bits and pieces I've seen already are encouraging. Be sure to check it out.

My journey over the last week drove home the point of just how geological our national parks are. While acknowledging the historical nature of many parks in the system, such as Civil War battlefields and the like, most people think of places like Yosemite, Yellowstone or the Grand Canyon when they think of national parks. Although many people think of the national park experience as seeing wildlife, the bears, the moose, the buffalo, the deer and chipmunks, it is the rock that makes a place like the Grand Canyon or Yosemite Valley, it is the volcanism that has built the Hawaii Volcanoes, Haleakala, Rainier, Crater Lake, and Yellowstone, it is the movement of ice that sculpted the Grand Tetons, Glacier or the North Cascades. To truly understand a national park is to have an education, a true hands-on education, in geology. And yet: as Lee Alison of Arizona Geology points out, there are only 20 geologists employed in the Geologic Resources in the national park system, compared to 800 biologists.

The power of the national parks to move us is rooted in the common experience that many Americans have had while visiting our national parks, sometimes as adults, but especially as children. How many of us have that memory of playing in a river, camping out in the dark listening for the snuffling of bears, hiking a steep trail, or even conquering our first mountain? I remember as a young child climbing to the top of some small hill in Sequoia National Park on the Heather Lake trail, and giving it a name; I also remember the terror of being lost in a campground, having tried to find my own way to the bathroom in the dark as a five-year old. Terror at the time, and yet one of my most cherished memories, along with my first face to face meeting with a bear at Seqouia.

My visit with the fifth-graders this week was a startling reminder of something I already knew. Too many, way too many kids are not getting even a chance to experience their heritage as Americans. I live less than a two hour drive from one of the crown jewels of the national park system, Yosemite National Park, and almost none of these kids have been there! There are many reasons, of course, perfectly logical reasons. Even a twenty dollar entrance fee is too much for many struggling families, not to mention the cost of gasoline (we have 17% unemployment in our county right now). There is less and less of a cultural appreciation for simple forms of recreation: electronic games are very alluring to the short-term attention span of so many of our kids. And our kids, fed on a steady diet of junk food, and lacking any kind of exercise in their schools, just aren't healthy enough to appreciate hiking a trail or running away from a bear or snake.

And yet: these kids were excited just to see images of their national heritage. And I swear their eyes lit up when they came to the realization that these experiences were out there, and they could take part in them if they chose to. They could see an erupting volcano if they chose to. They could find a dinosaur bone in the ground. They want to see and experience these places, if we found a way to get them there.

It is we as a society who are robbing the youth of our country of their heritage. Every time we cut the budgets of our schools to the bare minimum of math and English classes, we take away the most valuable part of education. English is probably important, but what use is it if these kids have nothing to write about? An education is all about experience, not just knowledge.

And what about the Devilstower blog entry on little giants? In the last twelve thousand years, our continent has lost a huge part of our ecosystem: the megafauna. The North American continent once played host to mammoths, mastodons, giant elk, bison, camels, horses, sloths, and many other huge creatures. Most of them are gone, although, as Devilstower points out, some survived much longer by evolving into smaller forms (dwarf mammoths survived on the Channel Islands off California thousands of years longer than their bigger mainland relatives). What's left? The bison and elk and grizzly bears of places like Yellowstone National Park. For now, these creatures are managed as if they were in a zoo rather than part of an ecosystem, but there is a growing recognition that if we are going to choose to have these grand animals in our care, we have to see our land not as a few isolated protected havens like Yellowstone, but as a continuous habitat extending beyond park boundaries where these large animals and humans can coexist. It is a contentious topic to be sure: look at the controversy over the de-listing of the wolf from the Endangered Species Act.

Our pictures today? An Oak Tree in Yosemite Valley, and a black bear in Sequoia National Park. Something that every child should have a chance to see.

Posted by Garry Hayes at 6:55 PM No comments:

As the academic year gets underway, I am writing to call your attention to new online resources, workshops (for faculty and departments), and other upcoming opportunities. Happy Fall!

- The On the Cutting Edge website includes several new topical modules, about topics including Teaching about Energy, the Hurricane-Climate Connection, the Role of Metacognition in Teaching Geoscience (how an awareness of the learning process can dramatically improve learning), and Teaching Paleontology: http://serc.carleton.edu/NAGTWorkshops/index.html

- Our large collection of pedagogic resources on the Pedagogy in Action website includes six new modules, on ConcepTests, Jigsaws, Lecture Tutorials, Structured Academic Controversy, Teaching the Process of Science, and Teaching Urban Students. Each module includes an introduction to the pedagogic method, information on why it is effective, how to use it in your classroom, and examples of teaching activities using the method: http://serc.carleton.edu/sp/library/pedagogies.html

Workshops for Individuals and Departments:

- The 2010 On the Cutting Edge Workshop series includes 5 face-to-face workshops, 4 virtual workshops, and 10 partnership workshops (offered in association with other meetings or organizations -- this includes the Follow-on Workshop on Teaching About Energy, to be held in conjunction with the GSA meeting in Portland, application deadline Sept 25): http://serc.carleton.edu/NAGTWorkshops/workshops.html

- The Building Strong Geoscience Departments project is initiating a Visiting Workshop Program. Two of our leaders will come to your campus to deliver a workshop for your department, on topics we offer that are of high interest to you. There are two application deadlines Sept 16 and Nov 16: http://serc.carleton.edu/departments/visitingworkshops/index.html

- Lead a Follow-On Workshop: Cutting Edge seeks proposals for one-half or one-day follow-on workshops on topics that have been offered through the "On the Cutting Edge" program in the past. If you would like to bring one of these workshops to a new audience, submit a request for proposal before the Sept 22 deadline: http://serc.carleton.edu/NAGTWorkshops/leadership/workshopRFP.html

A Survey Request from the Smithsonian

Via Julie Genyuk at NESTA

The Smithsonian Museum of National History's Sant Ocean Hall has been working with the design production company Funny Garbage in the development of an online resource dedicated to scientific information about the ocean. A portion of The Ocean Portal site will serve as a resource where K-12 educators can visit for assistance in developing curricula about ocean related topics.To ensure we develop a useful tool, we are recruiting educators who teach life and earth sciences to take an online survey on how they use teachers' resources on the Internet.

ONLINE SURVEY:http://www.surveymonkey.com/s.aspx?sm=QuXv0pLFikPze8IgmSx8jQ_3d_3d
We hope to reach as many teachers as possible in as many geographic locations as possible. The survey should take between 10 and 15 minutes to complete and is available now through September 4th. Feedback from your community would be the very group that we hope to serve with rich and useful resources. Please help circulate this email to educators who would be interested in using this type of resource.